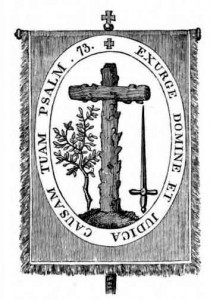 Father Kjell Arild Pollestad is a Catholic priest of the Dominican Order living in Norway. He is a celebrated author, no doubt the best received Catholic Norwegian literary figure since Sigrid Undset, 1928 Nobel laureate, also affiliated with the Dominicans as a lay person. His accomplishments are many and diverse. An accounting of some of them appears in his Wikipedia entry. Kjell Arild Pollestad

All this would be interesting unto itself as a biographical item, but now comes the kicker. Fr. Pollestad has been accused in recent time of attempted homosexual rape allegedly visited upon his victim, a Norwegian seminarian, many years back. The identities of the players in this drama are less important than the setting and the outcome to date. I will not identify the persons here, though they are easily discovered for any interested. Fr. Pollestad vehemently denies the charge.

What makes this matter remarkable against the background of manifold priestly abuses coming to light in recent years, inuring the public to more news on the subject, is that Fr. Pollestad has not been provided the opportunity to defend himself in either an ecclesiastical or criminal hearing, wherein he could present witnesses, cross-examine those of the prosecution, and receive a decision from an impartial judge. Within the Church he was only allowed to tell his story to the previously invested bishop, widely regarded as weak. This prelate is on record for saying that he believes the accuser. No hearing, no witnesses, no cross-examinations, no impartial decision. Judge and jury combined.

On the secular side, criminal investigational authorities in Norway, who are part of the police establishment, have conducted a preliminary investigation, and have declined to prosecute citing statute of limitation arguments, among others. Again, no hearing, and no opportunity for fair judgment, or acquittal.

There have, however, been consequences. The accusing seminarian concluded his studies receiving his order, a Sacrament of the Church, and now presides over a substantial parish of the faithful. In plain view he has received all blessings of his establishment. Fr. Pollestad, by contrast, was first exiled to France, then banished to the hinterlands of his home country, and though not excommunicated, was essentially defrocked. He is now a diplomat without portfolio. A counter prosecution against those who have destroyed his luminous reputation is out of the question. At the insistence of the Church, of course, he took a vow of poverty. And we think now of the familiar refrain: no money, no justice.

The last act of this drama is yet to be written. Fr. Pollestad has his ever-so-influential pen, and as Edward Bulwer-Lytton has written for the ages, “The pen is mightier than the sword.” If you have been thinking of the Spanish Inquisition or the Star Chamber as you are reading this post, you are on the right track. One can only hope now in the cause of justice that there is no burning at the stake.