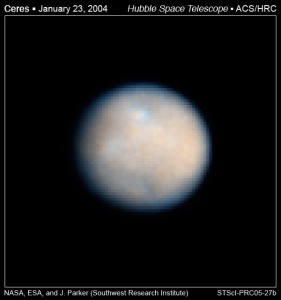 We have lots to worry about nowadays, but getting hit by an asteroid in Norway is not one of them. Consider the facts. Norway has only about 0.075% of the earth’s surface area, including the oceans. That would give the country a very small chance of getting hit, even considering that an asteroid might make an impact straight down anywhere on earth. The chance is actually less than than that, though, because an asteroid would arrive to the earth’s apparent disk traveling in the plane of the ecliptic.

Assuming that the impact point would be uniformly distributed over the apparent disk, Norway makes a smaller target than even its tiny area would indicate, because it is situated in the far north. Oslo’s location is about 60 degrees north latitude, making the apparent north–south image only about one-half what it would be if located at the equator, owing to the curvature of the earth away from an asteroid’s inbound path. And much of Norway is well north of Oslo, even north of the Arctic Circle.

The real worry warts on this subject must be near the equator at the equinoxes, or on the tropics of cancer and capricorn in the middle of winter, especially at midnight. Remember, the asteroids are away from the sun to us, and those locations present straight-on targets out of the sky as such times. Though you should not worry, just to be on the safe side you might wear your hard hat if you’re out late partying in Ecuador on the 21st of March.